Home > Blog > The Power of Friendship as We Age

The Power of Friends as We Age

Celebrating the International Day of Friendship at Goodwin Living

“I’m waiting for Jeanne,” said Lois Czapiewski. “She’s my best friend, and I want a picture with her!” Lois was referring to Rev. Jeanne MacKenzie. They had made plans to meet up and have their photo taken together.

Jeanne became a resident at Goodwin House Bailey’s Crossroads (GHBC) in 2011. She immediately fell in love with her new community, though she knew it would not be the same without her best friend of 50 years. And she was right. As you age, the importance of friendship grows with you. In some cases, the friendships between older adults can have a stronger positive impact on their lives than their family relationships.

Thankfully for Jeanne, just little over a year after her move to GHBC, Lois Czapiewski joined her. For nearly a decade, the two have enjoyed sharing even more time together than they would have had they not both decided to become Goodwin Living residents.

In the brief time I spent with them to take their photo and chat about their friendship, their bond was clearly strong—the result of a friendship that has been nurtured and cherished for more than 50 years. This week, at both GHBC and Goodwin House Alexandria (GHA), we captured rich connections like this at our very own International Day of Friendship photoshoot. 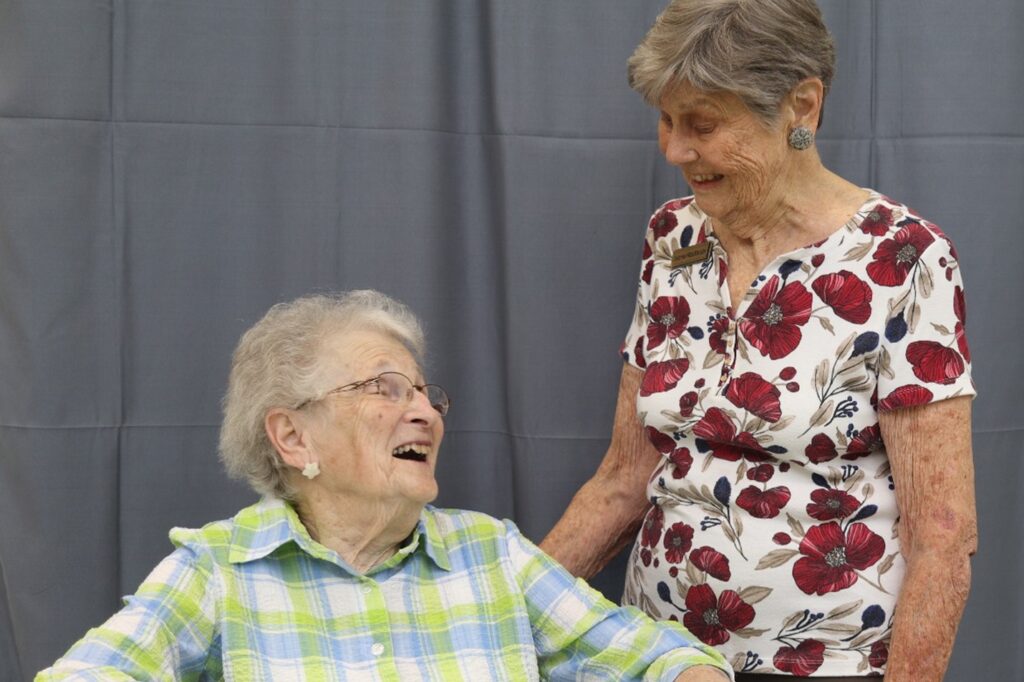 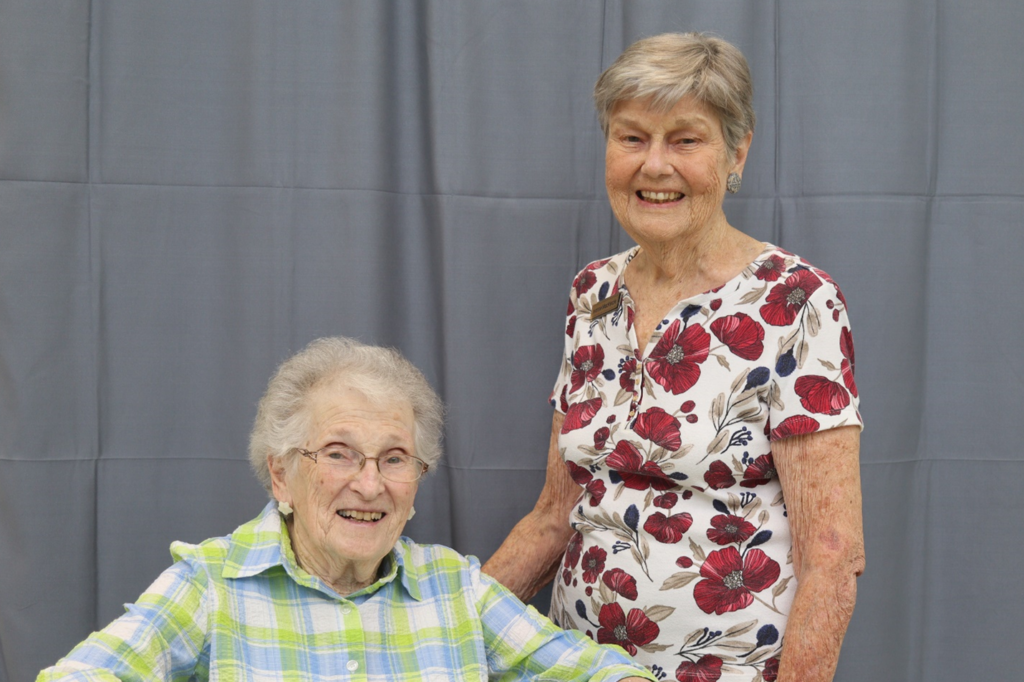 Humans are not designed to go through life alone. We need healthy relationships at all stages of life, and especially as we age. The Centers for Disease Control (CDC) finds that poor relationships and isolation increase the risk of heart disease or stroke by approximately 30% for older adults. On the other hand, adults ages 40+ who are happy with their friendships have better physical fitness, cognitive functioning and overall brain health.

There are also mental health risks related to loneliness. The pandemic has led us all to experience forms of social isolation, which can lead to loneliness. Many experts, including those at Tulane University, seek to help us understand the effects this can have, and how mental health is linked to physical health.

Unfortunately, social isolation is the reality for more than a quarter of older adults ages 60 and up. This is one of many reasons why choosing to live in a community or be part of a network of older adults such as Goodwin Living at Home can have incredible benefits to us as we age.

At Goodwin Living, we see the importance of community and friendship, and the joy it brings to residents, Goodwin Living at Home members and staff. International Day of Friendship gives us the chance to celebrate these connections and for this column, we focus on friendships within our Life Plan Communities.

No one says you have to be the same age as your closest friend. Goodwin Living residents and staff live and work alongside one another and often discover friendships that last the rest of their lives.

Front of House Dining Supervisor Maria Vivar spends her days working closely with residents, and she has close ties with many of them. We had her wait in place while a line of people gathered for their chance to have their photo take with her. Maria is just one of many examples of staff who are more than caregivers; they have open and playful hearts that our community of older adults trade laughs and stories with. And you can see in these images, Maria shares a lot of joy with residents! 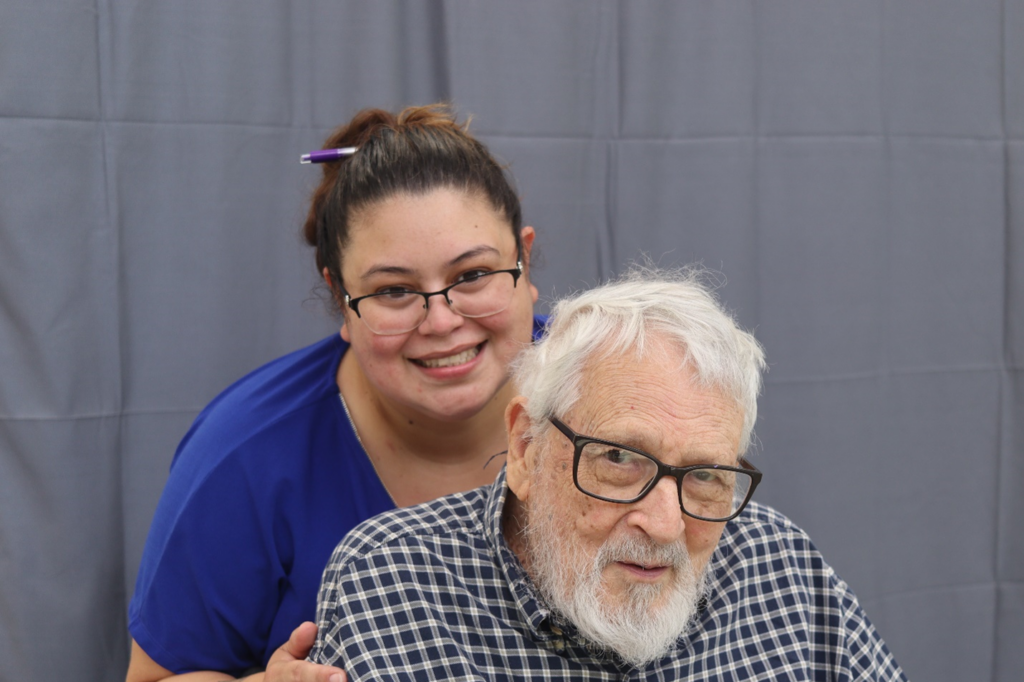 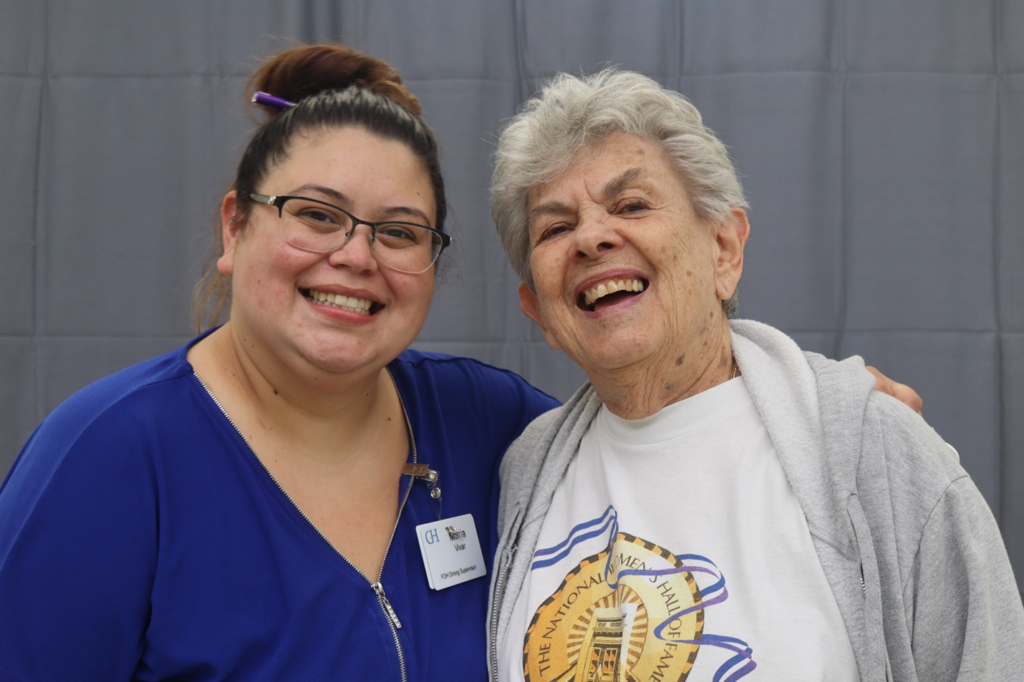 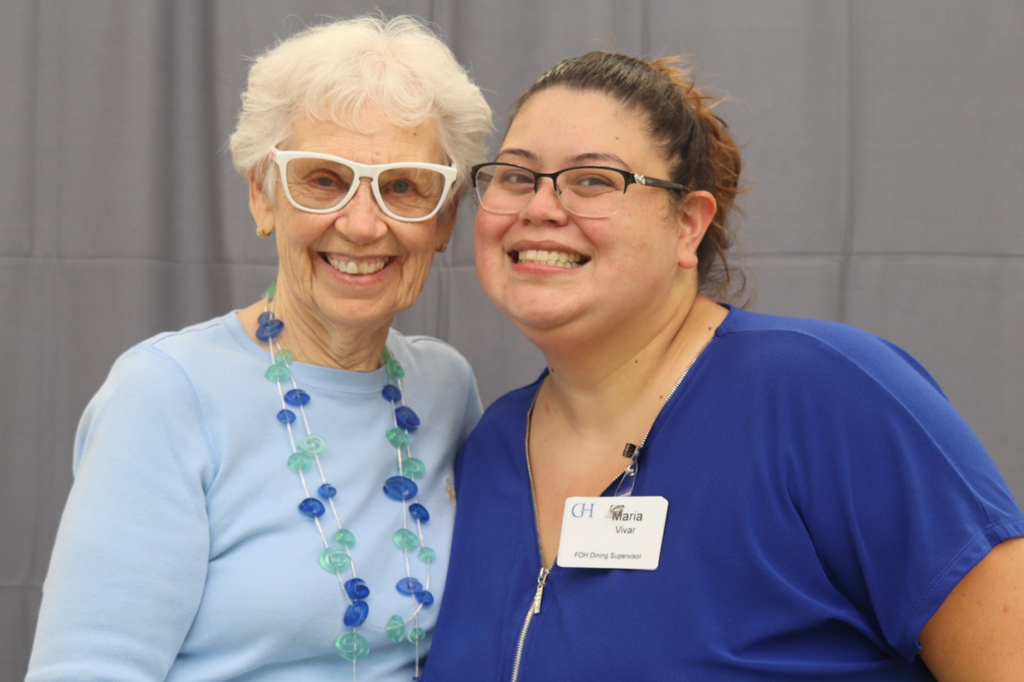 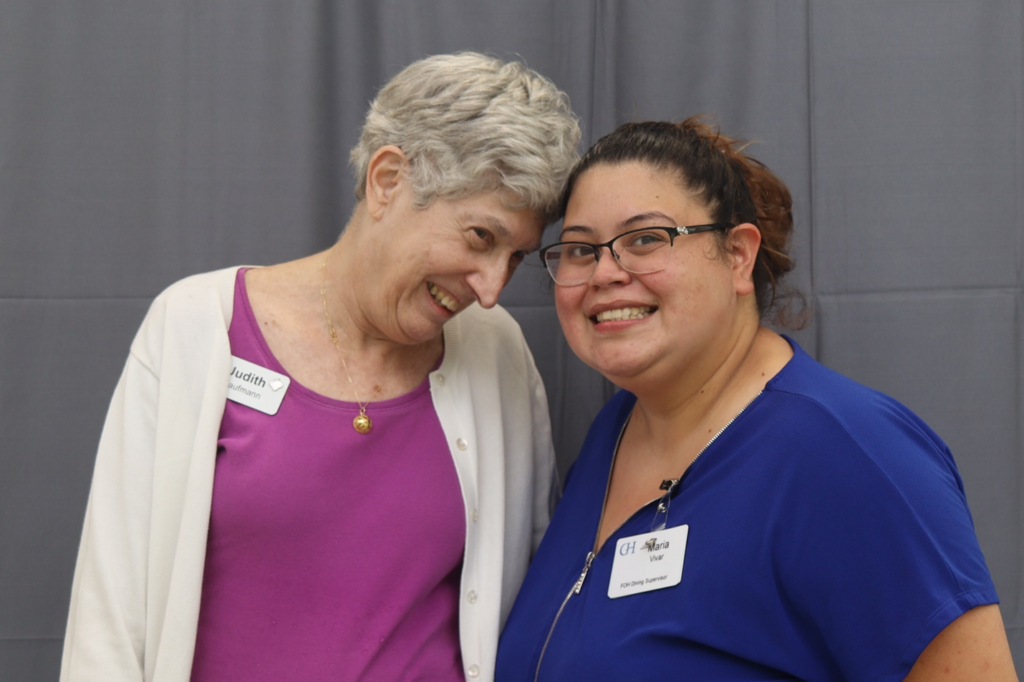 From my time at this photo shoot, one thing became clear to me–senior living is a place where new friendships really bloom. Residents and staff at Goodwin House Alexandria and Goodwin House Bailey’s Crossroads have discovered lifelong friends and even distant relatives while living in their new homes.

“I never thought I would move into a retirement community and find a bosom buddy,” said Carole Hunt, longtime resident at GHBC.

Carole and Ginger Hornig were brimming with energy, clinking glasses and dancing together as I took their photos. They met when Ginger spotted Carole’s husband at The Bistro at GHBC, and tried flirting her way into the seat next to him.

“I thought he was pleasant looking,” said Ginger, “but then his wife came around the corner—awkward! I’m glad she took it so well, otherwise I wouldn’t have such a good friend today.” 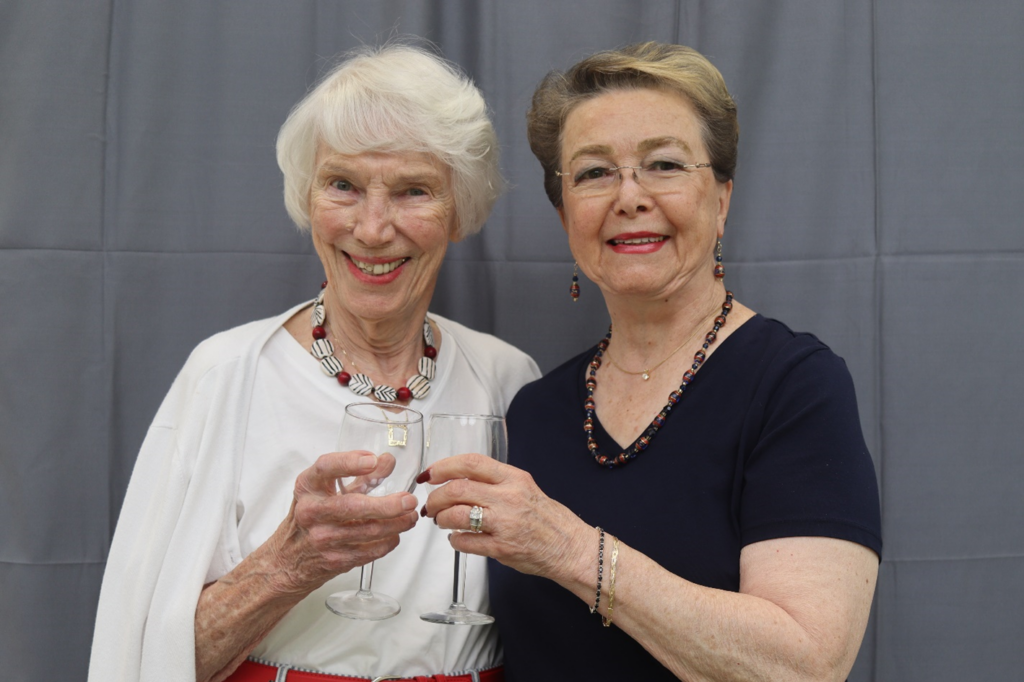 Carole and Ginger aren’t the only ones forming unexpected bonds on campus. Eleanor Lewis, celebrating her third year at Goodwin Living, gathered a group of her five closest friends at GHBC for our photoshoot.

She and her best friend of 13 years, Sue LaRue, decided to come to Goodwin Living together. Before long, four other women they met here became like family to them—and some of them live on the same floor! 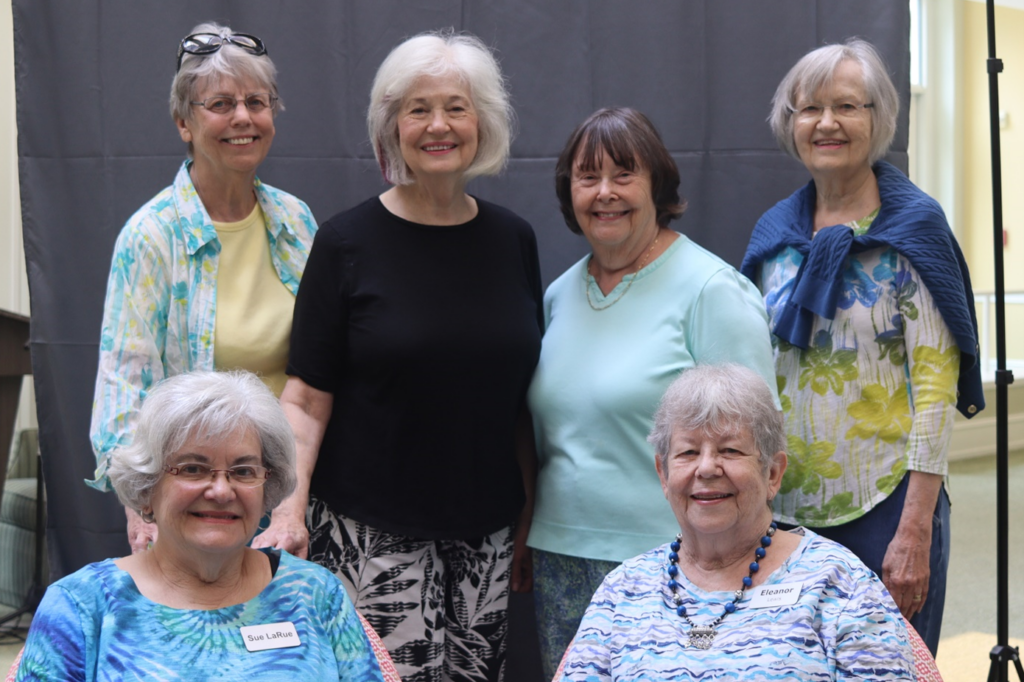 Logan Wallace started as an intern with Goodwin Living five years ago. His warm smile, hard work ethic and love of Korean TV dramas quickly made him popular with staff.

“Logan was our social work intern,” said Barbara Bolin, assisted living and memory support social worker at GHA. “We were so lucky to hire him out of grad school.”

After earning his master’s degree in social work (MSW), Logan returned to join a team of GHA social workers. 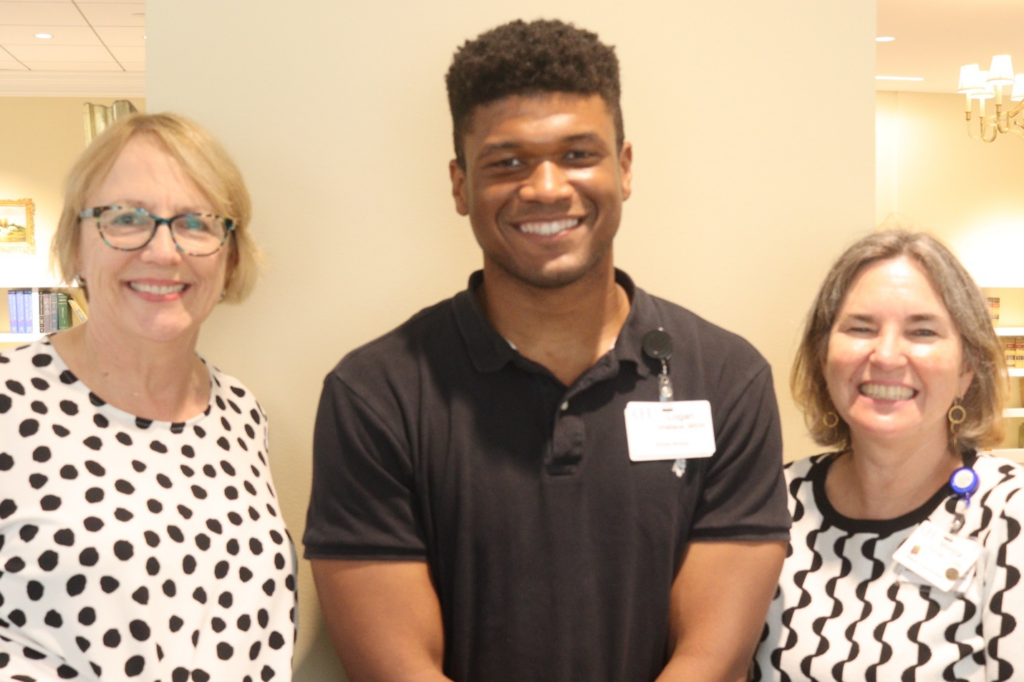 Bolin also found a sister in Saudatu Savage, a registered nurse at GHA. Savage stands at 6,0’, just one inch taller than Bolin. They nearly skipped to the photoshoot together, exuding a youthful enthusiasm as they delighted in making their sisterhood known. 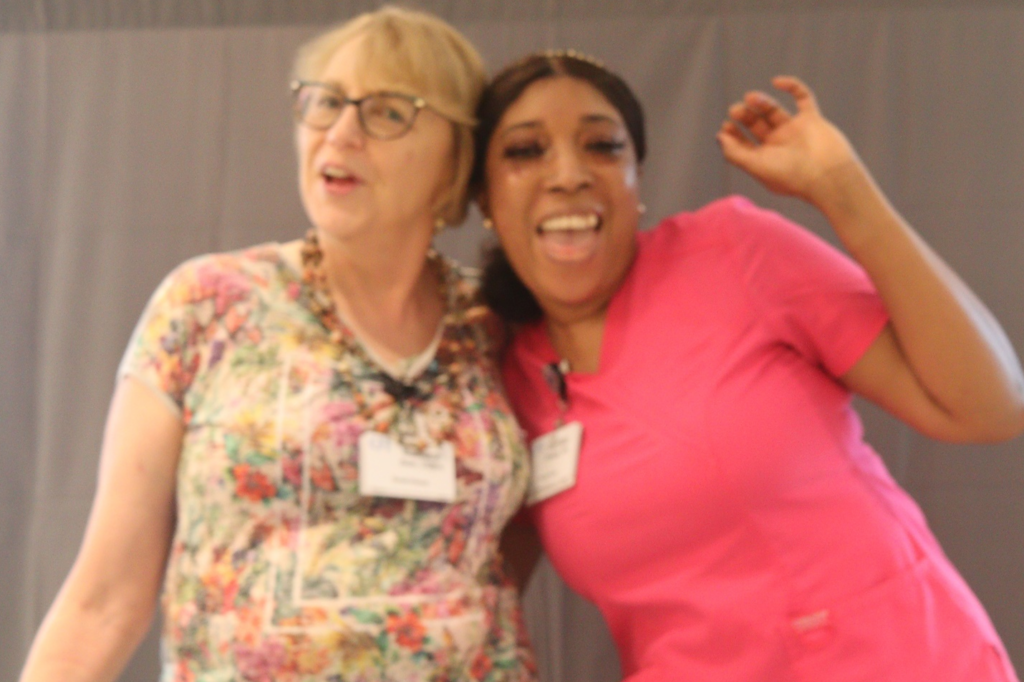 Residents and staff are finding new connections to build on each day at our Life Plan Communities. At Goodwin Living, it is our mission to support, honor and uplift the lives of older adults and those who care for them. There are countless more stories to tell, and on this International Day of Friendship, we invite you to join the fun.

Timaeus Reed is a Marketing and Communications Specialist at GHI. He plans, writes and designs for internal and external campaigns that support all areas of the organization. He relocated from Kansas to D.C. to join the team in the summer of 2021. When he isn’t getting lost in traffic, Timaeus loves listening to live Go-Go music and stand-up comedy.

Goodwin Living joins the national and international celebrations of nurses with National Nurses Week and the Year of the Nurse. We honor the nurses and care partners of our nursing staff.

This fall, GHBC residents made an effort toward community building with our nearby neighbors with the creation and placement of a Little Free Library on the sidewalk just outside our campus.

Communities of Strength: Building Community During the Pandemic

At Goodwin Living, we experienced a year that could have weakened our sense of community. Thanks to the connection and engagement encouraged by residents and staff, we have emerged stronger than ever.