Home > Blog > The Original Date That Lives in Infamy: Firsthand Accounts of the Attack on Pearl Harbor, 80 Years Later

The Original Date That Lives in Infamy:

Firsthand Accounts of the Attack on Pearl Harbor, 80 Years Later

On December 8, 1941, President Franklin D. Roosevelt stood before a joint session of Congress to deliver a speech known as the “Day of Infamy” speech. Just one day prior, at 7:55 a.m., Japanese forces began a coordinated attack on the U.S. Naval Base in Pearl Harbor, Hawaii. During the two-hour offensive, 2403 people were killed (all but 68 of them were servicemen) and another 1178 were wounded. Six U.S. ships and 169 U.S. Navy and Army Air Corps planes were destroyed. The attack would propel the United States into World War II.

This year marks 80 years since that important day in history. With so many decades now passed, we begin to lose the chance to hear firsthand accounts from those who were alive when it happened. Personal stories often bring more meaning to the history lessons found in textbooks. They can also shed light on details not always covered and stories not always told.

Realizing some residents of Goodwin House Alexandria (GHA) and Goodwin House Bailey’s Crossroads (GHBC) have stories to share, we spoke with several who shared their own personal stories of what they remember and the impact this event had on them and their families.

How the Day Unfolded

The morning of December 7, 1941 dawned clear and warm on the island of Oahu in Hawaii, home of the Pearl Harbor Naval Base. Sitting approximately 200 miles north of Oahu, Japanese aircraft carriers released the first wave of planes at approximately 6:00 a.m. Just under two hours later, those planes would reach their destination and begin their attack. A second wave followed close behind—353 aircraft in total.

Fred Pang, a resident of GHA was just five years old at the time, though he remembers the day well.

“My father was a machinist working at Pearl Harbor,” he said. “He’d just come back from a night shift, and we were seated down to an early Sunday breakfast when the phone rang. He was called in to work. They didn’t tell him why, just that it was an emergency.”

Fred’s father immediately hopped into his 1937 Plymouth and took off for the base. “We didn’t see him for a couple of days after that,” said Fred. When he arrived at the base, Fred’s father took part in the search for survivors and collecting of the dead.

GHBC resident Betty Lou White wasn’t born when the events at Pearl Harbor took place. She recalls the vivid stories her mother used to share from her days as a young civilian working as a clerk for the military in Honolulu. “On the morning of December 7, my mother was at home,” she said, “getting ready for a breakfast date with a sailor. Just before 8:00 a.m., she heard strange noises and aircraft overhead.”

Although it was an unusual time for it, Betty’s mother thought the noise was due to routine practice maneuvers that the U.S. military had been conducting in preparation for an attack. She went up to the roof of her apartment to watch the show.

“Mom heard the approach of an airplane behind her and looked up. It was a single-engine plane coming right at her, flying so low she could almost touch its wheel, and she could see the pilot’s grinning face. She waved at the plane, thinking it was one of ours, and the pilot lowered his gun and began firing at her.”

Thankfully, the bullets missed their target.

Even after this close call, the reality of the situation didn’t kick in for Betty’s mother until she walked to the local corner store. “Reality hit Mom when she got to the store and saw that it had been bombed,” said Betty Lou. “She looked around and noticed trucks driving by carrying bodies. She decided to return home after that; she was no longer hungry.”

Within a few hours, news of the attack spread across the country. GHBC resident Margaret Sullivan was living with family in Mississippi when she heard the news.

“Sometime in the middle of the afternoon, my grandmother was listening to the radio. I can still see the radio,” she said, reminiscing. “It was one of those brown, round-topped radios that everybody seemed to have at that point. Toscanini was conducting; I forget what the music was, and I probably didn’t know then. It was orchestral music. And they broke in and said that Pearl Harbor had been bombed.”

Dan Sullivan (Margaret’s now husband) was also living in Mississippi. He remembers enjoying a Sunday lunch with his family after church when the news broke. They’d invited a soldier to join them.

“We had the radio on for music,” Dan said. “The New York Philharmonic was playing in the background.” Suddenly, the news broke in. The soldier immediately got up. “He heard about the bombing and said ‘I need to get back to Hattiesburg’, where he was stationed.“ The soldier soon left to head back to his post.

For Margaret and Dan, the fallout from the attack on Pearl Harbor would have a profound effect on their families.

The Aftermath of the Attack

Margaret and Dan Sullivan are both children of missionaries—their fathers were teachers at different universities in China during the war. Margaret and Dan, along with their mothers and siblings, had evacuated from China in 1940. They were living with family back in the United States when the attacks occurred a year later.

“I don’t know quite when after Pearl Harbor I realized that Dad wouldn’t be coming home,” said Margaret, “but it was quite clear he wouldn’t.”

Margaret’s father spent the war in an area of China that was not occupied by Japan, but he was unable to return to his family until after the war ended in 1945.

Two other residents at GHBC were affected by the U.S. internment of Japanese Americans. They experienced the internment firsthand.

Todd and Paula Endo were among the approximately 120,000 Japanese Americans sent with their families to internment camps following the bombing of Pearl Harbor.

Todd was an infant, born 23 days after the bombing at Pearl Harbor. He and his family lived in Los Angeles, California.

His grandfather was the first member of his family to be arrested. It was clear that the government had been tracking those with Japanese heritage living in the U.S. for some time.

“The FBI picked him up in early January 1942,” Todd said. “The work order for him said December 7, 1941, so the FBI already had files on my grandfather and thousands of other people like him in case they needed it for things like this.” Todd’s grandfather was first taken to a federal prison in Montana before later being sent to join his family in Rohwer, an internment camp located in Arkansas.

Paula’s family was sent to Topaz, an internment camp in Utah. At the time of their internment, Paula was just three years old. Many of her memories are tied to vivid dreams that reflected the frightening situation her family endured.

Her family stayed in stalls in Tanforan until the Topaz “relocation center” was ready. “We were moved into these buildings, where there were two dwellings to a building,” she said. “We were on the right side of the duplex. You’d go in, and there was a bank of windows toward the back, a very small porch and a doorway in the front.”

Her family lived in close quarters in the small space. “My grandmother’s room was close to the back of the house,” she said. “She had a hospital bed, and I had a crib in her room where I stayed until my sister was born. Then I remember spending time in my grandmother’s bed, listening to her tell me stories—Japanese fairy tales.”

Their new home was pretty bare. “I remember where the sink was,” she said. “There was no real kitchen, just a sink. There was no real bathroom either, just a port-a-potty thing. There was some running water out of one source. I remember we had a little red Formica kitchen table and green chairs in the corner. We’d just picked up what we could.”

Todd and Paula spent two to three years in the camps with their families before being released. Paula’s family then spent a few years in Spokane, Washington, before returning to San Francisco. Todd’s immediate family never returned to California. They traveled to Dayton, Ohio, then eventually settled in the D.C. area.

The Enduring Legacy of Pearl Harbor

The day of the attack, the U.S. entered a state of war with Japan, triggering declarations of war by Germany and Italy in return. Within three days, the U.S. was fully engaged in World War II.

“As a five-year-old kid, it didn’t really sink in,” said Fred Pang. “What’s war? To us, it was sort of fun, playing with the soldiers. After that, it dawns on you gradually that this is a bad thing. We had blackouts, and a bomb shelter that was put in our yard for the neighborhood. They’d run drills at midnight, and we’d all go into this bunker until they called the all-clear. We had gas masks that we’d take to school and had to put on and wear.”

Margaret Sullivan had her own memories of the war. “You couldn’t get a lot of things because they were rationed,” she said. “We had a garden – everybody had a Victory garden, because food needed to be sent to the troops. You knew who the Goldstar mothers were – they had gold stars in their windows if they’d lost a son, blue if their sons were in active service.”

She recalled a more personal memory, too. “I didn’t see my dad except once until I was twelve,” she shared, having been just seven years old when she and her family left her father in China. “But at the time, that wasn’t unusual, because lots of dads or older brothers, or cousins, were serving.”

Fred Pang, Betty Lou White, Margaret and Dan Sullivan and Paula and Todd Endo are just a few of the many millions of people whose lives were affected by the events at Pearl Harbor. By sharing their stories, we preserve the memory of that day and the days that followed for future generations, shining a light on a period in history that is fading from living memory.

As Marketing & Communications Specialist, Amanda Ranowsky partners with colleagues throughout Goodwin Living Incorporated to tell our stories and raise brand awareness. From printed collateral to digital marketing, Amanda covers many bases. Before joining GHI, Amanda worked for a small, family-owned business where she gained experience in content marketing. Amanda’s creative expression extends beyond the office. She is an active member of community theater and chorus groups.

A simple fall can cause drastic changes in our lives. Learn about 5 common fall hazards and what we can do to prevent them. 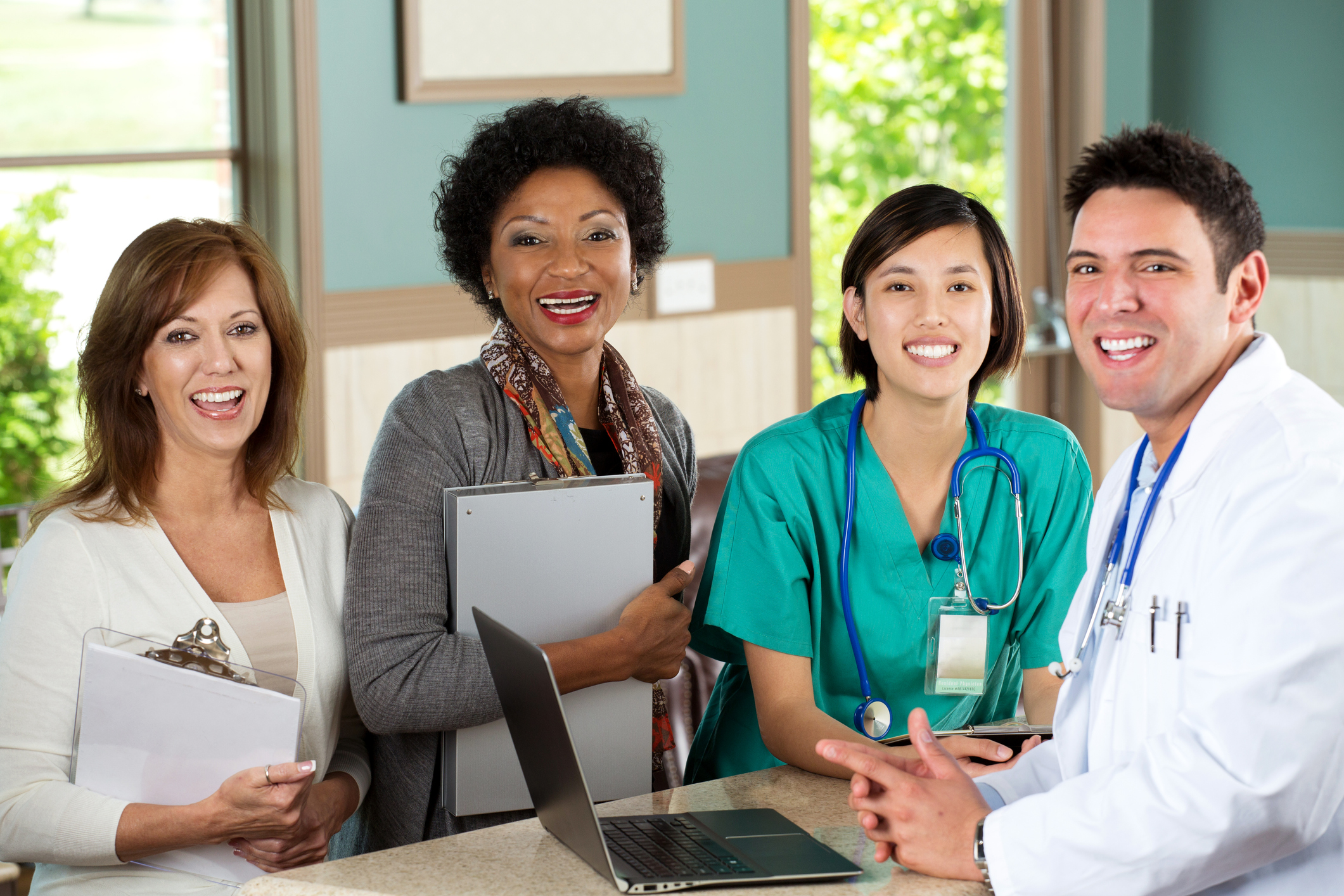 It’s Your Call: Building a Dream Team for Caregiving

Suppose you didn’t have to choose between staying in your home and moving to an assisted living facility to get the care you need as you grow older.

20 Years Later: Remembering and Reflecting on 9/11

At Goodwin Living Inc., we wanted to do our part to record firsthand accounts of 9/11. More than 20 residents and staff shared their memories and reflections.